I am Anke Docherty.
I am here to give your life purpose and meaning again.

I am Anke Docherty. 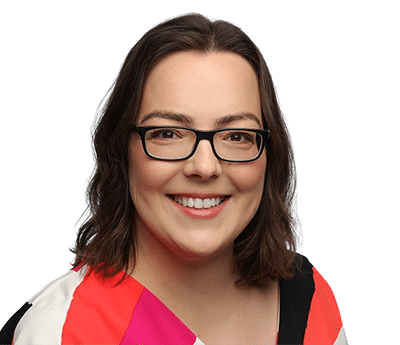 I am here to give your life purpose and meaning again.

I was the same driven and successful career focused workaholic you’ve been...

Being a single mum right from the start of my career, I had to really put my foot down to grow as fast as possible. It didn’t matter how I felt, I didn’t have time or room for “feeling” anything. My goal was to not only build a career, but to reach a place where I was able to provide well for me and my daughter.

So I went from graduating as a translator to being an administrative supervisor, to being a departmental secretary, to working my way up to be an HR Executive.

Within 5 years, I ended up managing an HR & Administration Department of 10 people.

It was bloody hard at times. It’s not easy being a single mum and working like a horse.

But you know what? I loved working like a horse. I loved learning. And growing.

I managed to build a life for myself, where I looked after my daughter and built my career and income.

I also got married again.

Life was really good.
Until it wasn’t.

For me, I started to question everything when we ran into a series of family illnesses. An avalanche actually to be precise!

It all started with my dad getting sick suddenly. He never had a cold or anything.

Within a few months after his 80th birthday, he was diagnosed with two terminal illnesses. He got motor-neuron disease and dementia.

In the midst of this, my husband was diagnosed with esophageal cancer.
Stage 3.
Chemotherapy and radiotherapy in Dubai, operation and rehabilitation in Germany.

A few days after my husband came back from Germany, I got a call from my mum.
My dad passed away. Unexpectedly. Within less than two years of his diagnosis.

Just a few months later, mental health issues in the family were added to the plate.

Then another few months down the line, my mother in law had a stroke, which resulted in us moving from Dubai to the UK.

Both parents in law passed away within 18 months after the stroke.

Whilst all of this was going on, my mum got cancer for the third time.
Operation, radiotherapy, chemotherapy. All to be managed across countries.

It still has not stopped. We still battle with some mental & physical illnesses.

Over the years, a lot of these things dragged me down. Dragged us down.

I had very desperate times. Where I just didn’t want to do this anymore.

Every day felt really heavy. Because everything felt out of control.

I did not know what else would happen. Or how to deal with all of this.

What I always knew though was that I had to find a way. For myself. For my family.

I never allowed myself to stop. But it felt HORRIBLE. I dragged myself along. I started to get some back issues and high blood pressure, which were mainly stress related.

I reached a point, where I need to change something.

I was reading lots on the internet and in books.

That’s when I came across The Life Coach School.

Over the course of a good few months, I was able to understand how to deal with things and enable me to live my life alongside everything that was going on.
It wasn’t easy and it took me a few years to really, really get it. And apply it.

I was beyond thrilled and wanted to let others know about this.

So I eventually trained for 1 year to be a Certified Life Coach.
This was one of the best educations I have ever done.

I finally managed to be in charge of my life again and give it some meaning, purpose and joy.

It took a few years for me to be in that place myself and eventually in a place where I help people to figure things out.

Until they hit that ceiling that they are not able to break through.

I promise this work will change your life, not just now, but for the rest of your life.

It is not complicated.
It is simple.
It is like learning a new skill.

Are you ready for that?

YES, tell me more!
We use cookies to ensure that we give you the best experience on our website. If you continue to use this site we will assume that you are happy with it.OkPrivacy policy